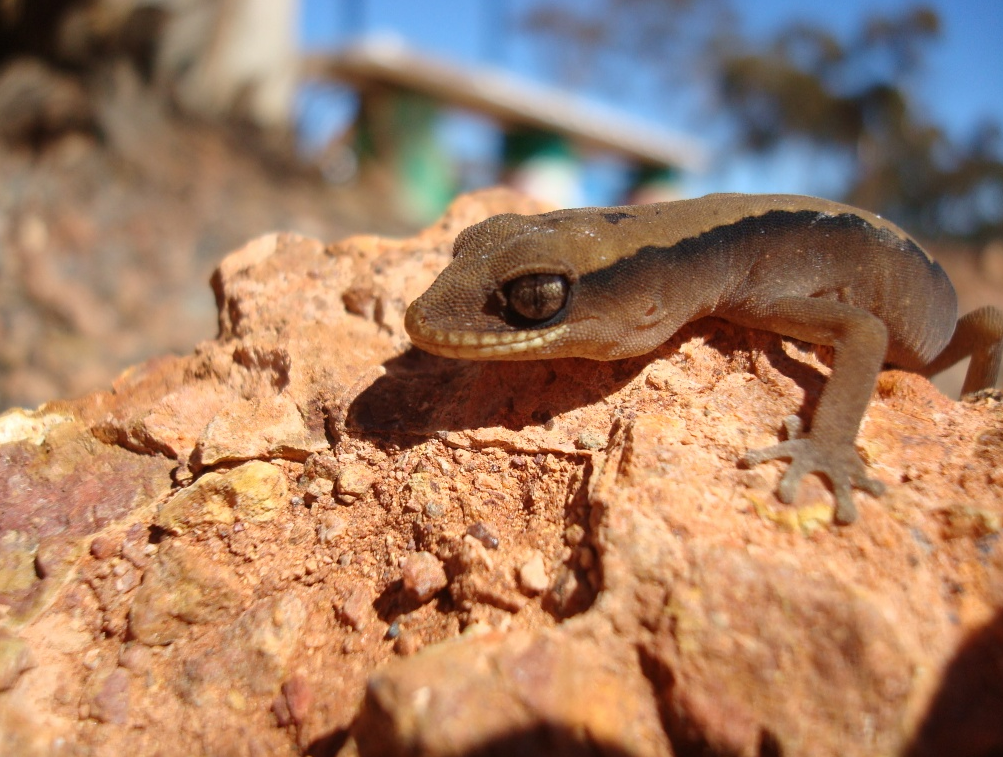 The Crenadactylus ocellatus, also known as the southwestern clawless gecko or western clawless gecko, is the smallest species of nocturnal Gekkonidae (gecko) found in Australia. Growing to only about 45 mm in length, it is a tiny creature that can be hard to spot in the wild. With its characteristic markings, this little gecko is a beautiful sight to behold.

It can be found in Australia’s southwest, in regions with Triodia-dominated deserts. It is a ground-dwelling gecko that lives among leaf litter, waste heaps, and beneath rocks. It is occasionally sighted in the lower levels of hummock grass.

This lizard is also called the western clawless gecko, but that name is also reserved for another gecko species named Crenadactylus occidentalis.

In 1845, John Edward Gray published his description of the species in a revision at The British Museum. He placed this genus Diplodactylus on display with one example being collected by Buchanan from Western Australia – where it still resides today!

A description of two additional animals, obtained by John Gilbert and listed as coming from “Houtman’s Abrollos,” was assigned to a different species, Diplodactylus bilineatus.

Until a revision in 2016 elevated part of the population to a separate species, the diversity within Crenadactylus was circumscribed as two or three geographically defined subspecies.

The vernacular name Gray gave for his two species was ‘the two-lined diplodactyle,’ for the epithet bilineatus, and ‘the eyed diplodactyle’ to ocellatus.

Below you will see some of the scientific information and classification of Crenadactylus ocellatus.