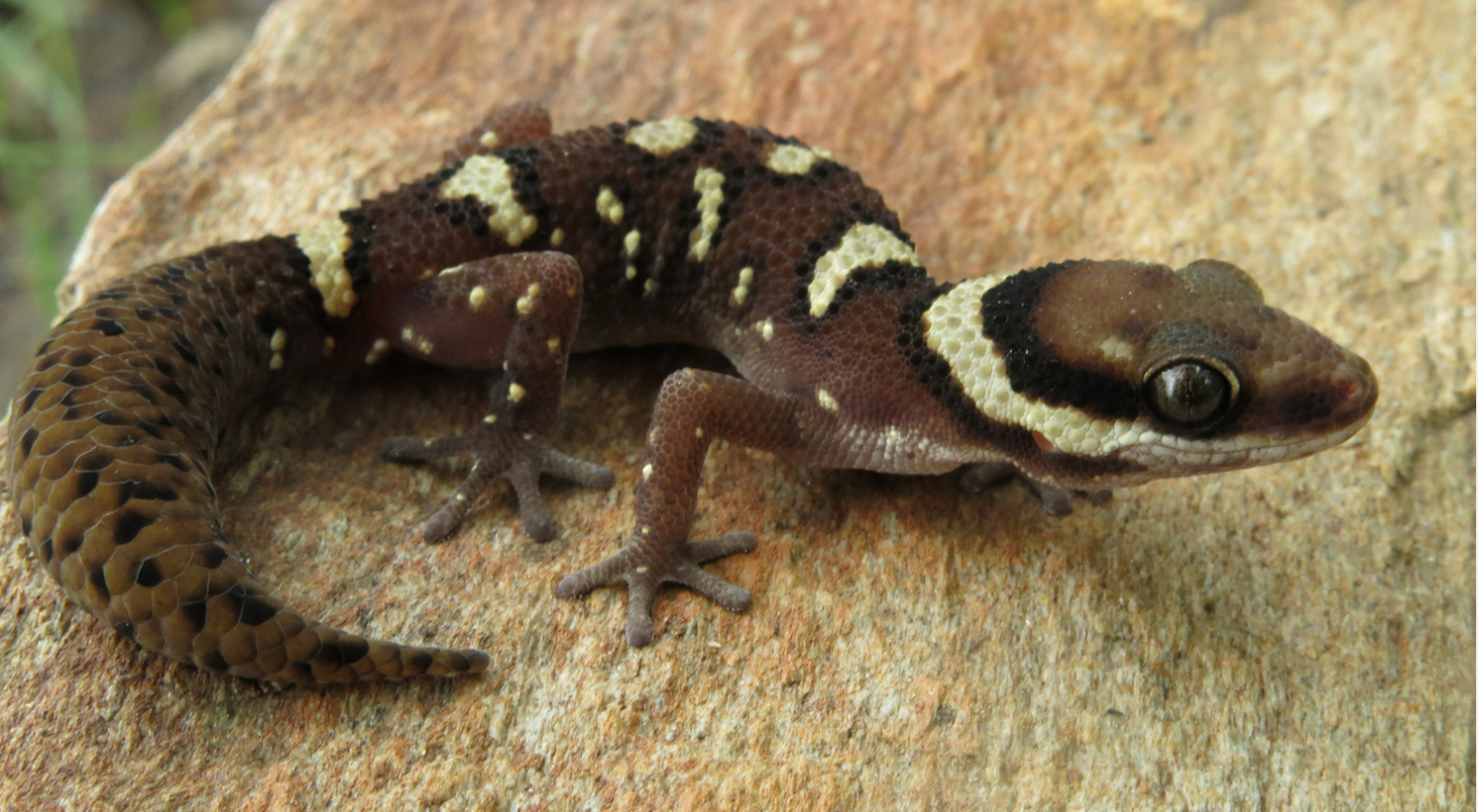 Do you love geckos? If so, you’ll want to learn more about the thick-toed geckos in the Pachydactylus genus. These lizards are found only in Africa, and they’re known for their robust toes and adorable markings. While there are many different species of thick-toed gecko, all of them are insectivores, which means they eat bugs!

If you’re interested in learning more about these fascinating creatures, keep reading. We’ll take a closer look at the Pachydactylus genus and some of its most popular species.

Pachydactylus is a genus of insect-eating geckos in the family Gekkonidae. The genus is endemic to Africa, and its member species are commonly known as thick-toed geckos.

The genus includes a wide range of species, with 57 distinct ones when compared to other closely related lizard families such as Rhoptropus. It’s possible that the explanation for this rich diversification isn’t due to adaptive radiation or nonadaptive radiation, but rather to the fact that it belongs to a clade somewhere between the two causes of speciation. P. bibronii geckos have been used by NASA as test animals for scientific research.

Pachydactylus has enlarged toe tips that are usually undivided scansors and dilated. Body scales are tiny, granular, and non-overlapping with numerous big keeled tubercles distributed over them.

The color of Pachydactylus species varies, but they are usually drab in color.

The presence of adhesive toe pads varies according to species and habitat, with rock dwelling Pachydactylus retaining sticky pads, but the loss of toe pads in sand dwelling and burrowing species such as P. rangei is clear.

The average body length of the Pachydactylus species varies from 35 to 115mm, with a medium-sized snout and vent. (SVL) With the original state of a larger body size and adhesive toe pads suited for a generalist habitat, the Snout-Vent Length (SVL) ranges from 35 to 115

Pachydactylus is a nocturnal species, as confirmed by all of its known specimens.

The Pachydactylus species that inhabit Southern Africa live in a wide range of situations. Some species prefer generalist habitats, human dwellings, rock-dwellings, and sand dwellings, while others like jumbles or burrows. The preference of habitat varies by body size and the retention of toe pads, which varies from species to species. Pachydactylus geckos are known to have a relationship between their habitat range and their size.

Pachydactylus lizards have been observed eating small vertebrates, although they primarily eat arthropods.

The genus Pachydactylus occurs across Southern Africa, with some species extending into East Africa and the northernmost limit of their range. In South Africa’s remote Richtersveld region, Pachydactylus geckos comprised 13 of the 18 different gecko species studied.

There are 57 species of Pachydactylus that are recognized as being valid currently:

Below is a care guide for the Pachydactylus genus.

Minimum of a 5.5 gallon aquarium (14 inches long, 8 inches wide and 10 inches high) for a pair of these geckos. Wider or longer cages are better than tall, narrow cages, but height is still important because they do climb. Smaller species can be housed as pairs in 2.5 gallon tanks. Larger species will need 10 gallon or larger.

Bottom substrate should be clean sand, about 1 inch deep. Because females dig during egg-laying season, plants tend to not work. Some form of shelter should be provided at all times. Up-side-down flower pots, empty coconut shells or PVC pipe serve well for shelters.

85-90 F degrees in the day. Night temperatures can reach the low to mid 70’s F. Lower temperatures can be reached during winter months. An under tank heater (or heating tape) works well and should be situated so that part, but not all, of the shelter is sitting over it. If the area under the shelter is too hot, the lizards will refuse to use it and become stressed during the day when forced to remain exposed.

Thick-toed geckos come from a variety of habitats, all essentially arid. However, they are generally not desert dwellers. Some humidity and sand moisture are required. A small water bowl should be provided at all times and the sand in one section (near the bowl) sprayed lightly with water 2-3 times per month. Directly spraying the animals is stressful and should be avoided.

Thick-toed geckos geckos do not bask. However, maintain the lighting on a set schedule that can vary seasonally from as little as 8 hours of daylight (in winter) to as much as 14 hours of daylight. A full-spectrum fluorescent bulb and a small incandescent bulb (for heat) seem to work well.

A wide variety of insects (including crickets, mealworms, wax worms, flies, etc.) are taken. Some individuals also take small pink mice or small lizards. A good calcium supplement is important, especially for breeding females. Calcium should be provided at all feedings. During breeding season it can be provided in a dish in addition to that dusted on the food.

Breeding season is lighting and temperature dependent for the most part. A brief 2-3 month cool period may be necessary to induce breeding. When daylight hours number more than 12 and temperature is on the higher end breeding will occur. This generally begins in April. Clutches of 2 eggs are laid roughly every 3-4 weeks for the duration of the summer, for a total of perhaps 5 or 6 clutches.

The hard-shelled eggs are buried in the sand generally near the glass on the bottom of the tank. A female will tend to lay eggs in the same basic area each time providing the heat and moisture remain relatively constant. Eggs should be carefully removed and incubated on dry sand (eggs should not get wet) at 84 F. Hatching occurs after 2-3 months incubation. Eggs left in the cage may hatch and survive for some time with the adults, but for safety sake should be removed and reared separately.

Juveniles should be reared in separate containers because they tend to compete for food. An empty plastic film canister serves well as a shelter, the lid of it can be used for a water dish. A thin layer of sand should be provided. Small crickets are generally taken right away. Shedding can be a problem with hatchlings of some species. Care should be taken to maintain the proper humidity and nutrition. Hatchlings seem to have less tolerance for improper humidity (usually too low) than do adults.

About this care guide: Written by Gregory J. Watkins-Colwell and published on the original gekkota.com website – restored and re-published in 2022. If you are the original author and would like some other form of attribution or have comments, please contact us. We have updated the common name of Thick-fingered gecko to Thick-toed gecko as it is more commonly used these days.