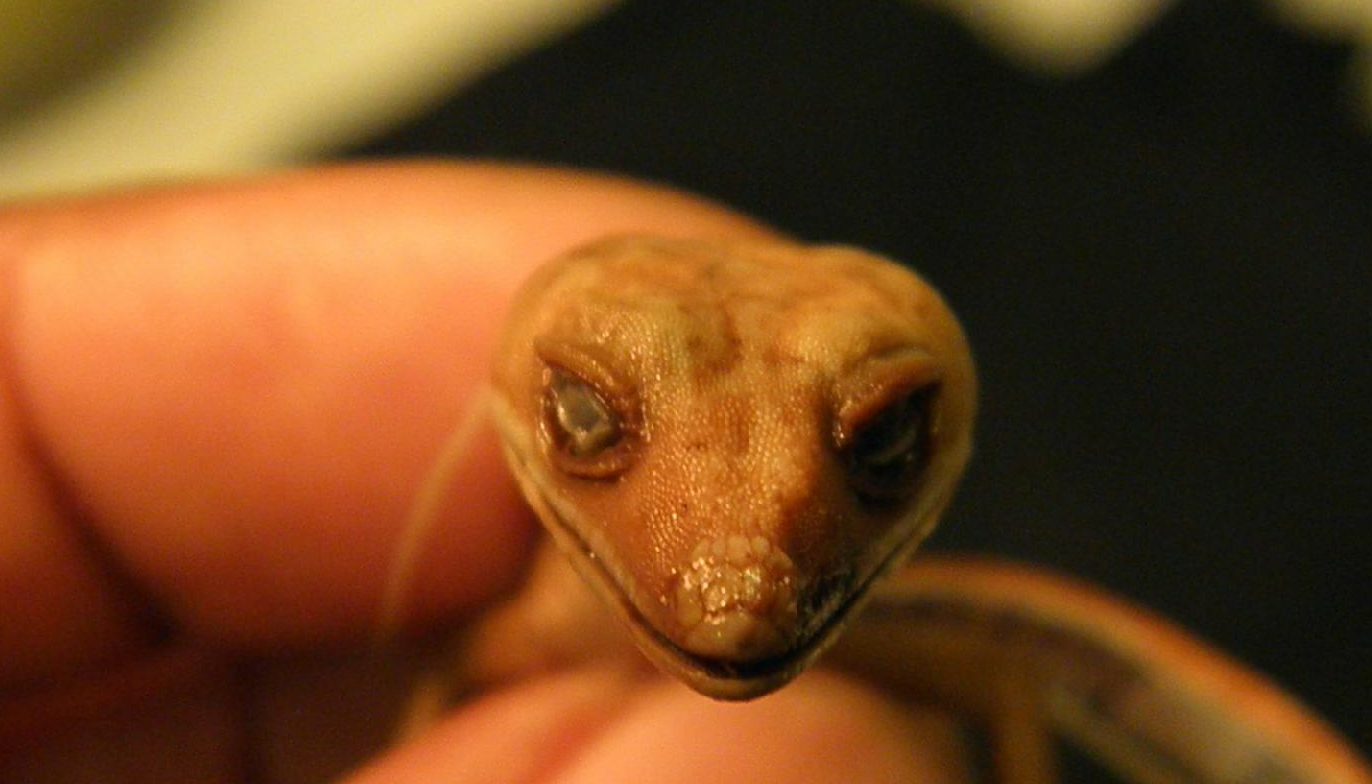 The cat gecko (Aeluroscalabotes felinus) is a unique species of gecko found in Indonesia, Malaysia, Singapore, Cambodia and Thailand. It is the only species within the genus Aeluroscalabotes. This fascinating reptile is commonly called the cat gecko because of its habit of curling up with its tail around itself when it sleeps, similar to a cat.

The cat gecko is a small gecko that is typically red-brown in color with white spots on its body. It also has solid white under its chin, and sometimes to the belly. Some specimens have brown blotching along the back. The cat gecko is one of the more primitive kinds of geckos. It is similar to the few fossils of early geckos that have been found. These lizards can grow up to 18 cm (7 inches). Males are typically smaller than females.

The cat gecko is a type of lizard that lives in cool, humid, mountain rain forests. They are mostly nocturnal and eat a lot of different kinds of insects. We have a collection of Cat Gecko photos you can view.

The species has been re-described by several different taxonomists, which has caused some confusion in its classification. However, its distinctly different morphological characteristics have clarified its status.

The cat gecko is a popular pet gecko, but they are not commonly available. Captive breeding of these geckos is difficult. Wild caught cat geckos often have a lot of parasites, and they are easily stressed. This can make taking care of them difficult.

The Cat gecko is not a common lizard. It can be found throughout its range, but there is no exact population count. It does not have any special conservation status, except in Thailand where it is illegal to collect and export them.