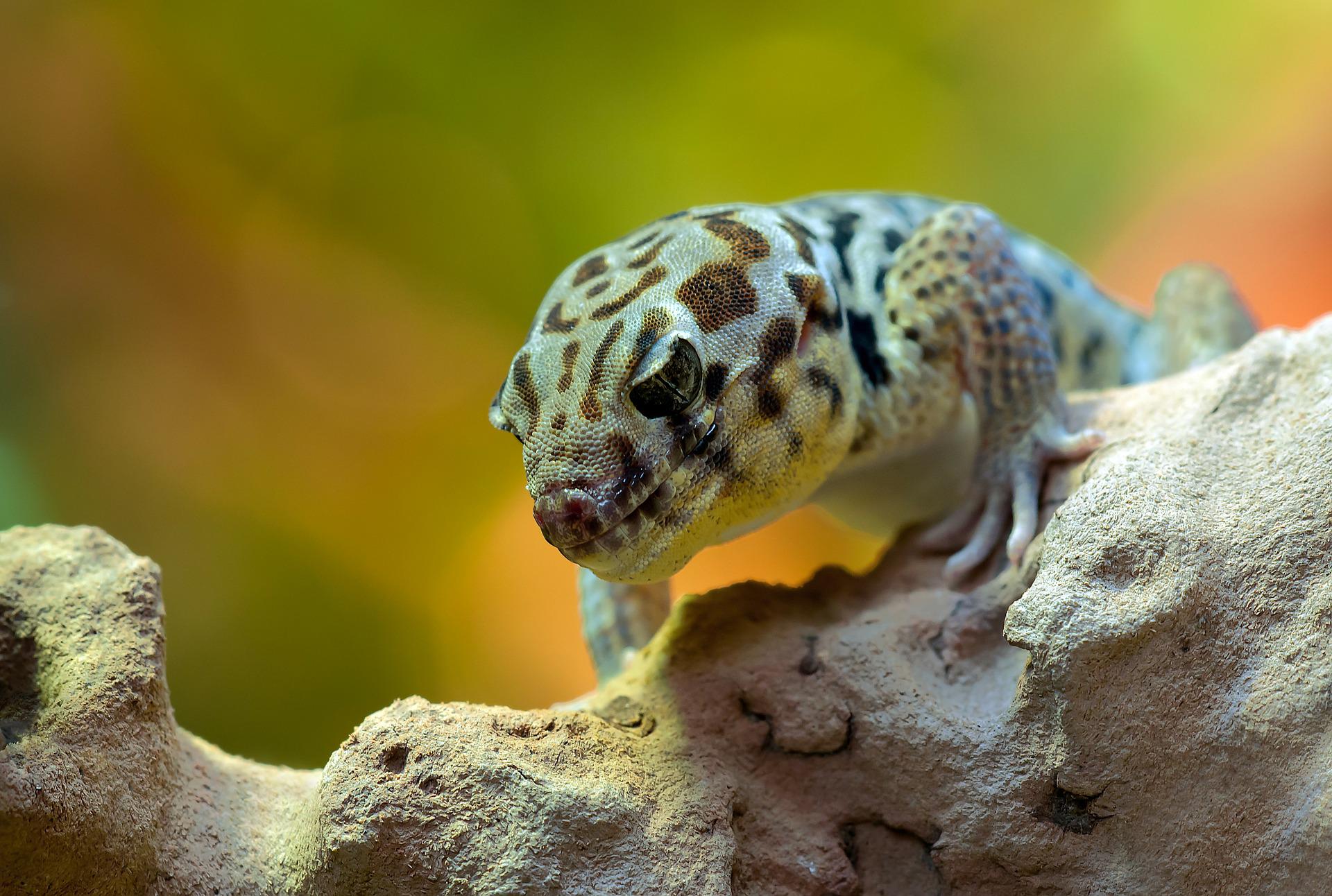 Frog-eyed geckos, while not as popular as leopard geckos, make excellent pets for those that are looking for something different. These fascinating creatures are unique in both their appearance and their fragility. Frog-eyed geckos can’t tolerate frequent handling, so they aren’t the best choice for people who want to interact with their pet often. However, they make up for this by being incredibly interesting and beautiful animals. If you’re willing to put in a bit of extra work to care for them, frog-eyed geckos are well worth the challenge!

The common wonder gecko (Teratoscincus scincus), often known as the frog-eyed gecko, is a lizard in the family Sphaerodactylidae. The desert-living frog-eyed gecko is endemic to arid regions of Asia and has special adaptations that make it well adapted to life in the desert.

The frog-eyed gecko (Teratoscincus scincus), sometimes known as the common wonder gecko, is a big gecko that grows to a total length of about 16 cm (6.3 in) with its tail included. The body is big and robust, with a broad head, huge eyes, long legs and a short tail. It lacks the expanded toe-pads that many geckos employ for climbing and instead has digits fringed with comblike scales suited for loose sandy terrain. The scales on the head are tiny, while those on the body, and especially the tail, are larger. Adults are brown or yellowish-brown with black uneven stripes or patches, which may be broken. Its belly is white, as are its flanks. Newly hatched youngsters are more brightly colored, being bright yellow with dark crossbars.

Facts & history of the frog-eyed gecko

The frog-eyed gecko is an intriguing subspecies of ground-dwelling geckos like the leopard gecko, but it comes with a challenge. Unlike leopard geckos, they are a delicate species that cannot be handled frequently. They have more vibrant colors and larger scales to set them apart from other similarly shaped geckos, which is why they are known as “bright-sided.”

They have a broad head and big eyes for their size. They’ve been kept in captivity for a long time, but they aren’t as common or bred because of the difficulty level compared to other comparable species. They have a few color and pattern variants, but the majority are yellow/brown with dark stripes and markings.

The frog-eyed gecko (Teratoscincus scincus) is a rare ground-dwelling lizard that you don’t often encounter in the pet trade. This species is a rare find in comparison to its more popular gecko relatives. Frog-eyed gecko care is more difficult, and its lifestyle and requirements are significantly different from what most people would expect from another species.

Instead of humid jungles, the frog-eyed gecko is from arid regions in Asia and the Middle East. In order to survive, it adapted and thrived in dunes and gravel plains. As a consequence, many of the traditional herpetological rules do not apply to this lizard!

If you decide to house a frog-eyed gecko, you’ve got a big responsibility ahead of you. The effort is well worth it to call this strange creature your own, though.

What do frog-eyed geckos look like and where do they live?

Answer: Frog-eyed geckos are a type of lizard that is found in Africa. They get their name from their large, rounded eyes which make them look like frogs. Frog-eyed geckos are typically light brown or gray in color and have a banded pattern on their backs. They live in trees and bushes, where they hunt for insects.

What kind of food do frog-eyed geckos eat and how often do they eat it?

Answer: Frog eyed geckos are insectivores and exclusively eat insects. In the wild, their diet consists of a variety of small insects such as moths, flies, ants and beetles. When kept in captivity, they can be fed a diet of crickets, mealworms and other commercially available insect prey items.

Frog eyed geckos typically feed once every 1-2 days. juveniles may even feed on small spiders. To ensure proper nutrition, it is important to offer a variety of different Insects so that your frog eye gecko gets the range of nutrients they require. Feeder insects can be dusted with calcium powder to help ensure your frog eyed gecko stays healthy.

What are the mating habits of frog-eyed geckos?

Answer: Frog-eyed geckos are generally monogamous, and they form life-long bonds with their mates. They are known to be very territorial, and they will often fight to the death over territory.

Mating usually occurs in the springtime, and the female will lay up to 10 eggs in a hidden location. The eggs will incubate for about six weeks before hatching. The young geckos will stay with their parents until they are about six months old.

How big do frog-eyed geckos get and what is their lifespan?

Answer: Frog-eyed geckos get up to eight inches long and can live up to 10 years in captivity.

Are there any dangers to frog-eyed geckos and if so, what are they?

Answer: The biggest danger to frog-eyed geckos is being out in the wild where they can be preyed upon by other animals. They’re also sensitive to changes in their environment, so if their habitat is disturbed or destroyed, that can be a danger too.

Some people may also consider them dangerous because they can secrete a toxic slime from their skin as a defense mechanism. But as long as you’re not handling them and getting that slime on your skin, there’s no real danger.

Answer: They do make good pets, but are not ideal for everyone. Frog-eyed geckos need a reasonably large cage with plenty of branches and plants for climbing, and should be provided with a humid environment (around 70%). They also require a varied diet that includes insects, fruit, and crickets.

Frog-eyed geckos are usually quite docile and can be handled without problems as long as you’re gentle. However, they may bite if startled or frightened. They can also squirt blood from their eyes as a defense mechanism, so it’s best to keep your hands away from their heads!

Below information has been restored from the old GGA website. If your as an previous author disagree with us publishing this old information here, please contact us.

Teratoscincus is a small genus consisting of five species (T. scincus with 3 subspecies).

This care sheet is about two subspecies of T. scincus, namely T. scincus scincus and T. scincus keyserlingi. T. s. scincus has a more northerly range, bordering the Caspian sea, through Kazakhstan and east into Western China. It is also found in northern Afghanistan and some areas in Pakistan. T. s. keyserlingi has a more southerly range, eastern Arabian peninsular, Oman, Afghanistan, and Pakistan. Both species live in very dry areas.

T. s. keyserlingi is bigger then its brother T. s. scincus. The first has a length of approximately 20 cm (8 inches) (from snout to the point of the tail); the second reaches a length 5 cm (2 inches) shorter. Handling of the geckos must be minimized because their skin is very delicate. They can easily loose sections of skin if they are not handled properly. Males can be recognized by the hemipenal bulges at the base of the tail and the darker color of the scales between the hind legs. Sexual dimorphism is seen the best in the mating season (spring).

I use beach sand for the substrate. The animals often lick up sand. By using beach sand, you provide the animals with calcium and mineral salts, which is very important for breeding. If obtaining sand from beaches gives you trouble, use a mixture with a large part of fine grade shell-grit.

No special spectrum lighting is required. In summer, 16 hours of simulated daylight is sufficient; in winter, 8 or 10 hours is best.

Teratoscincus are nocturnal. T. s. scincus live mainly in the darkest hours of the night. T. s. keyserlingi are also active during the day and twilight.

Males are intolerant toward each other. In nature they make holes about 80 cm (32 inches) deep (into the humid underground). The animals are adapted to very extreme circumstances.

Through their delicate skin, they are able to take up oxygen directly from the air. Summer temperatures should be between 25 and 30 degrees Celsius.

In winter a decrease of 10 degrees Celsius can be initiated. Changes of season are important for breeding.

I feed my animals mainly with crickets (Gryllus bimaculatus). In autumn I feed them with all kinds of spiders.

The also eat mealworms, waxmoth larvae and grasshoppers. In nature they eat a lot of beetles and chafers. All the insects must be dusted with a calcium/vitamin supplement. Feeding (in summer) three times a week (four big crickets) is sufficient.

Breeding is not easy. Mating takes place at the beginning of the year, when ambient temperatures are rising. Extra calcium for the females is very important in this period.

Females produce about four clutches a year, each consisting of two eggs (calcified). The eggs must be incubated dry (at 30-40% relative humidity).

Incubation time is approximately three months for T. s. keyserlingi and two months for T. s. scincus. Juveniles can be fed with the same food as the adults; of course, one must adjust the prey size for the smaller size of the young animals.

Frog-eyed geckos are a unique and fragile species that can be a challenge to care for, but are worth the effort. They require a very dry environment and should only be handled minimally to avoid damaging their delicate skin. They are nocturnal and live mainly in the dark, but can also be active during the day. They eat a variety of insects, which should be dusted with calcium/vitamin supplement. Breeding is not easy, but mating takes place at the beginning of the year and females produce about four clutches per year. Incubation time is approximately two to three months.